Watershed joins the Hour of Code

"Don't just play on your smartphone, program it!"

Late last year, during Code.org's worldwide effort to get as many students to program a computer, Watershed freshmen and sophomores spent an hour learning to code through the "Hour of Code" program. Joining more than 20 million students from around the world, the 12 students learned the fundamentals of logic, program flow, and looping using visual programming tools to make a rudimentary video game. It was great to see students with a predilection for poetry succeeding to program a computer. With heads bent over laptops, students were heard to say "I thought programming was so hard that only genius geeks could do it, but I can do it!" "Wow, this is fun!" and "I did it!"

Current pedagogical theory explains that a precondition for learning is student engagement. If total and uninterrupted focus for an hour performing cognitively taxing tasks demonstrated engagement, then it was clear that the entire class was completely engaged in the task. Kudos to Code.org for putting the week together and making it so easy to participate. 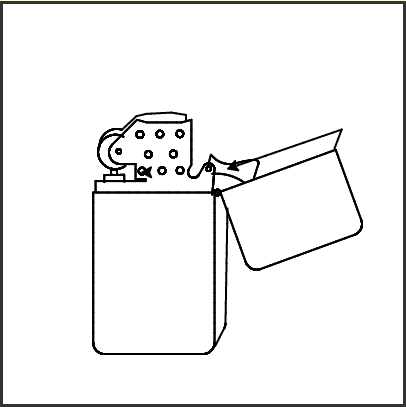 At Watershed, the Introduction to Engineering class spent several months learning to code in Python, a modern high level programming language that is fast becoming one of the most popular. Students worked through the  tutorial to gain an understanding of the basic elements of programming, and to demonstrate their understanding carried out an end of semester coding project. Several students opted to use a Python module called turtle to write code to draw images. Here are some of the results: 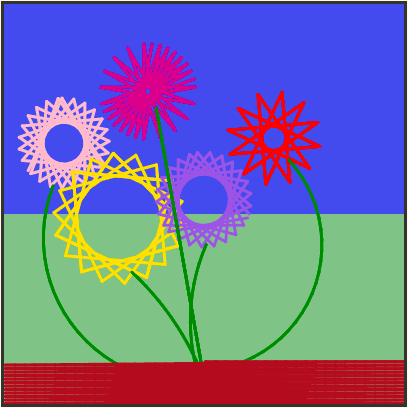 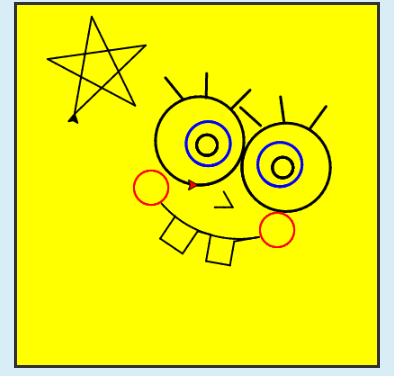