Braving the elements and a four-hour drive in the early morning this past Thursday, three graduate students in education from Brown paid a visit to Watershed School in Camden. Jennifer Kim, Reina Thomas and Wendy Rogers are all enrolled in Brown’s MAT program and are training to become classroom teachers. One aspect of the MAT program is for candidates to spend a minimum of sixty hours observing other teachers in a variety of classroom and school settings.

Watershed provided a unique opportunity for the three women to see firsthand the ways in which a small independent high school functions. Not only is Watershed offering a rigorous education, but it also empowers its students by governing aspects of the school using a consensus model, one in which students and faculty make decisions together and no proposal is accepted unless the entire community agrees. Although the MAT’s did not get a chance to observe the All School Meetings in which the decisions are discussed, they commented upon the fact that students seem confident and empowered in this setting, and very in control of their educational experience.

Watershed is unlike many of the schools that they had the opportunity to visit while studying at Brown.

They also took the opportunity to sit in on a class which is unique to Watershed, a Russian History class which is aligned with The Camden Conference. Students in this class have been fully immersed in the study of Russian history and literature since September in preparation for the conference, which will take place at the end of February. Ms.Kim, Ms. Thomas, and Ms. Rogers were impressed with not only the extent of the students’ knowledge, but the confidence with which they spoke about Russian identity as it relates to how we see the Russians and how they see themselves.

Ms. Kim, Ms. Thomas, and Ms. Rogers became familiar with Watershed because Jude Masseur, one of the teachers at Watershed, serves a mentor teacher and instructor in the MAT program at Brown during the summer. Ms. Masseur worked directly with Ms. Kim and Ms. Thomas this past summer while Ms. Rogers and Ms. Masseur took a class together at Brown while Ms. Masseur was earning her MAT two years ago. The three women also used some of their time to meet with Ms. Masseur and prepare for their practicum, which will begin in two weeks.

The exchange was mutually beneficial as Watershed was provided with a unique opportunity to gain insight from MAT candidates who have spent the past six months immersed in a number of educational settings, and in turn they were able to enjoy spending time at Watershed which is unlike anything to which they have been exposed. 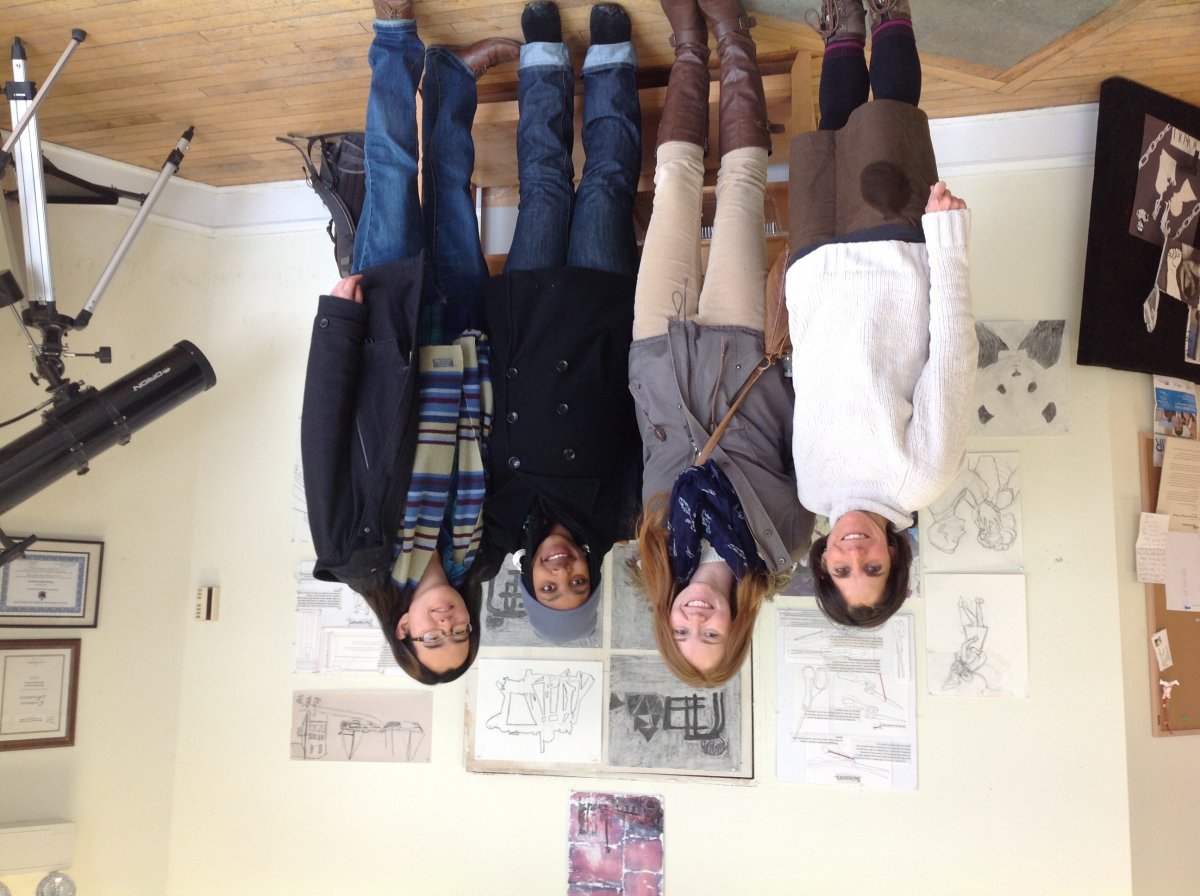